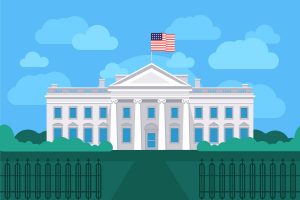 The Port of Los Angeles is preparing to move to a 24/7 operation after The White House announced Wednesday it had received a series of commitments from cargo owners, labor and transportation providers designed to help smooth port operations in the next 90 days.

Along with the Port of Long Beach, the two ports that make up the nation’s largest port complex have been in the spotlight as a deluge of cargo has overwhelmed their operations, slowing cargo deliveries for shippers nationwide. The ports extended their operating hours in September — Los Angeles added weekend hours, and Long Beach increased their night hours — but reports suggest the extended hours had not reached their potential due to a lack of labor, transportation capacity and coordination across the supply chain, according to the Wall Street Journal.

“We should recognize that it takes effort to ramp up to 24/7 operations,” a senior administration official said on a press call Tuesday. “But what we have with this announcement is a very strong signal to the rest of the goods movement chain that these ports are open for business, they’ll operate around the clock. It’s time for the rest of the goods chain to do that.”

The White House said six companies, which are responsible for moving 3,500 containers each week, had committed to using the extended hours to move their cargo out of port facilities, according to a fact sheet. In addition, officials said port labor was not a concern, as the International Longshore and Warehouse Union had committed to staffing 24/7 operations.

Cargo owners and carriers commit to use extended hours

The commitments “pave the way for smaller retailers to also get their goods from a 24/7 model,” a senior administration official said, but shippers and labor alone cannot smooth the flow of goods. “Now we’re looking to trucking and freight to expand hours as well to help with bottlenecks. Rail freight, in particular, has an important role to play.”

On the trucking side, the administration is considering what additional actions it can take to improve the experience for drivers and other structural issues in the industry.

As a shortage of drivers continues to hamper transportation capacity, the administration has been working to speed the rate at which DMVs issue commercial drivers licenses. Officials said an average of 50,000 CDLs and learners permits had been issued each month in 2021, a 60% increase from 2020 issuance rates.

Meanwhile, off-peak gate hours have faster turn times, which serves as a market incentive for some drivers. “For drivers who are incentivized by the number of turns, the number of roundtrips that they make, 24/7 operations can actually have a very positive economic impact as well,” a senior administration official said.

The public commitments announced Wednesday are the latest in a series of actions taken by the Biden administration to address issues in the U.S. supply chain as disruptions roiled deliveries throughout the pandemic.

Since the start of President Joe Biden’s administration, the White House has published a 250-page report on the issues with U.S. supply chains, released an executive order targeting consolidation in several freight modes, launched a Supply Chain Disruptions Task Force and appointed a dedicated Ports Envoy to the task force.

“One of the solutions that will be explored is 24/7 operations, which is prevalent in high-performing markets in Asia,” Mario Cordero, executive director at the Port of Long Beach, said in an August email. The port took the “first step” to 24/7 operations by maximizing its night hours a month later, in September.

Gene Seroka, executive director at the Port of Los Angeles, in August said there was a long list of items ports were asking the administration for help in accomplishing. The list included requests for more infrastructure funding to projects like on-dock rail, as well as improving visibility, turn times, and detention and demurrage practices.

“Today’s commitments are a big deal and will go a long way in addressing short-term challenges,” a senior administration official said. “But in the long term, we need to invest in our infrastructure to accommodate the increasing number of goods.”